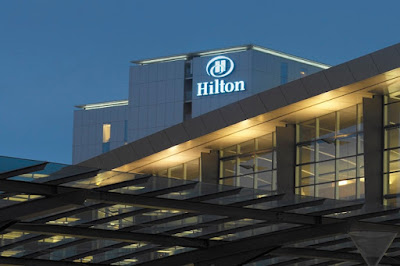 The flights from Copenhagen to Venice was not a complete success.


We originally had a flight at 6:50pm - Lufthansa via Frankfurt to Venice. We took the bus and train to the airport. When we arrived the flight was canceled - flight attendants in Frankfurt on strike. We quickly changed our reservation for a Lufthansa flight on Saturday morning - also via Frankfurt and got a room at the Hilton Airport Hotel - as well as dinner and breakfast - at Lufthansa's expense.


At 8pm it was announced that all flights in and out of Frankfurt on Saturday was canceled.


I hurried to the Scandinavian Airlines sales office in the airport, and managed to get a flight from Berlin to Venice with SAS and Alitalia. Unfortunately, with rather late arrival in Venice - and therefore the risk that we may not be able to reach the cruise ship before 3:30pm which is the last time for check-in. We have just  an hour to get our luggage and a taxi to the cruise ship.
Posted by Mogens Hallas at 1:25 PM